It was a show of shame for former Bauchi state governor, Mohammed Abubakar, the premises of the Supreme Court, Abuja where he was pelted with assorted objects including bottles of drinking water.

The former governor was at the apex court to hear the final judgment in an electoral case where he is challenging incumbent Bala Mohammed.

Mohammed, a former FCT minister, defeated Abubakar in the 2019 governorship election in the northeast state

Related: 14 Officers Have Been Decorated By The FRSC
.

As soon as he stepped out of the court raising his hands to signal the popular ‘four plus four’ sign, Abubakar was reportedly was pelted with water bottles by persons believed to be supporters of the opposition. 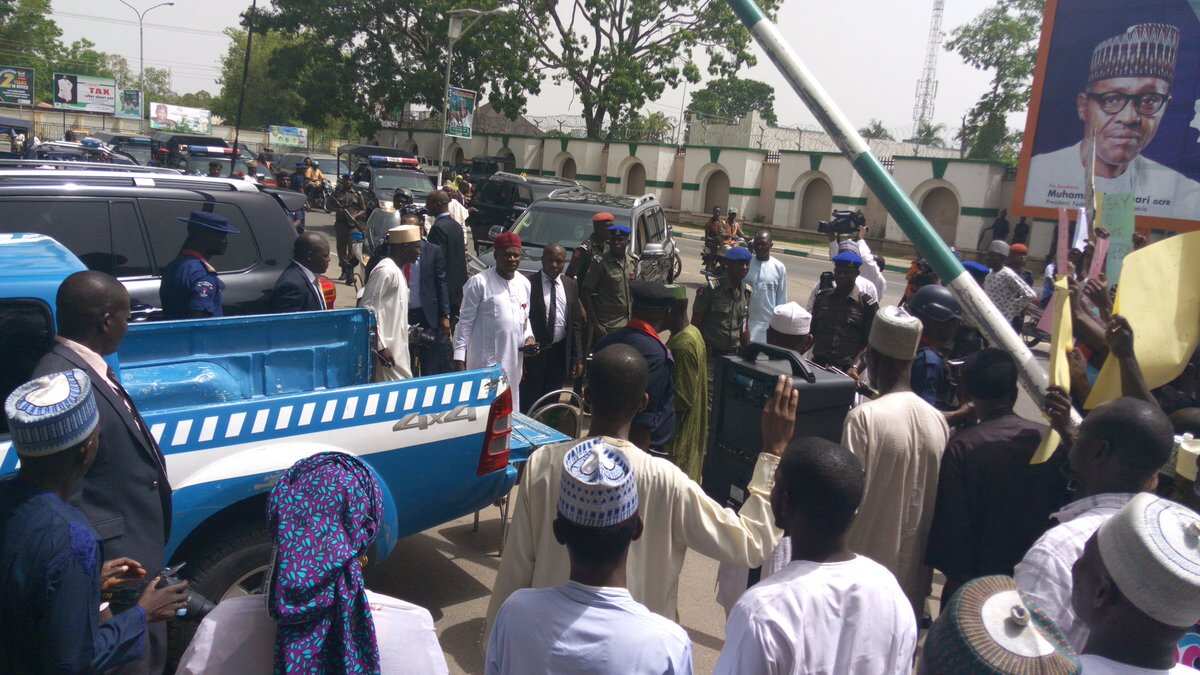 His security personnel immediately carted a visibly shaken Abubakar away to safety.

Based on all of this the Supreme Court suspended the hearing of the governorship appeals.  The Chief Justice of Nigeria, Justice Tanko Muhammad, gave the order following the inability of the security operatives to control the crowd and the noise level in the court.